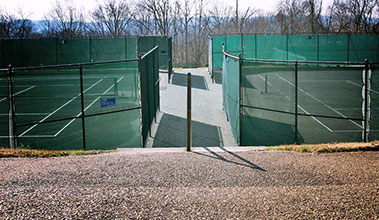 Tennis is a sport that is steeped in tradition. Its origins can be traced to the 12th century where it was played as the “Jeu de Paume” in France. By the 18th century, players in France would start the game by saying “Tenez” or “Play”. So the game became known as Tennis. For more history on the sport, follow thislink.

At KRC, tennis has been considered a social sport since the club was founded. In the past, Sundays were a particularly busy time for tennis as members would set up lawn chairs around the courts after church in order to enjoy the outdoors and each others’ company. While times have changed a bit, we still pride ourselves on sportsmanship and etiquette. Please feel free to download the documents on Tennis Etiquette and Tennis Club Regulations. TENEZ! Enjoy the game!
Tennis Etiquette